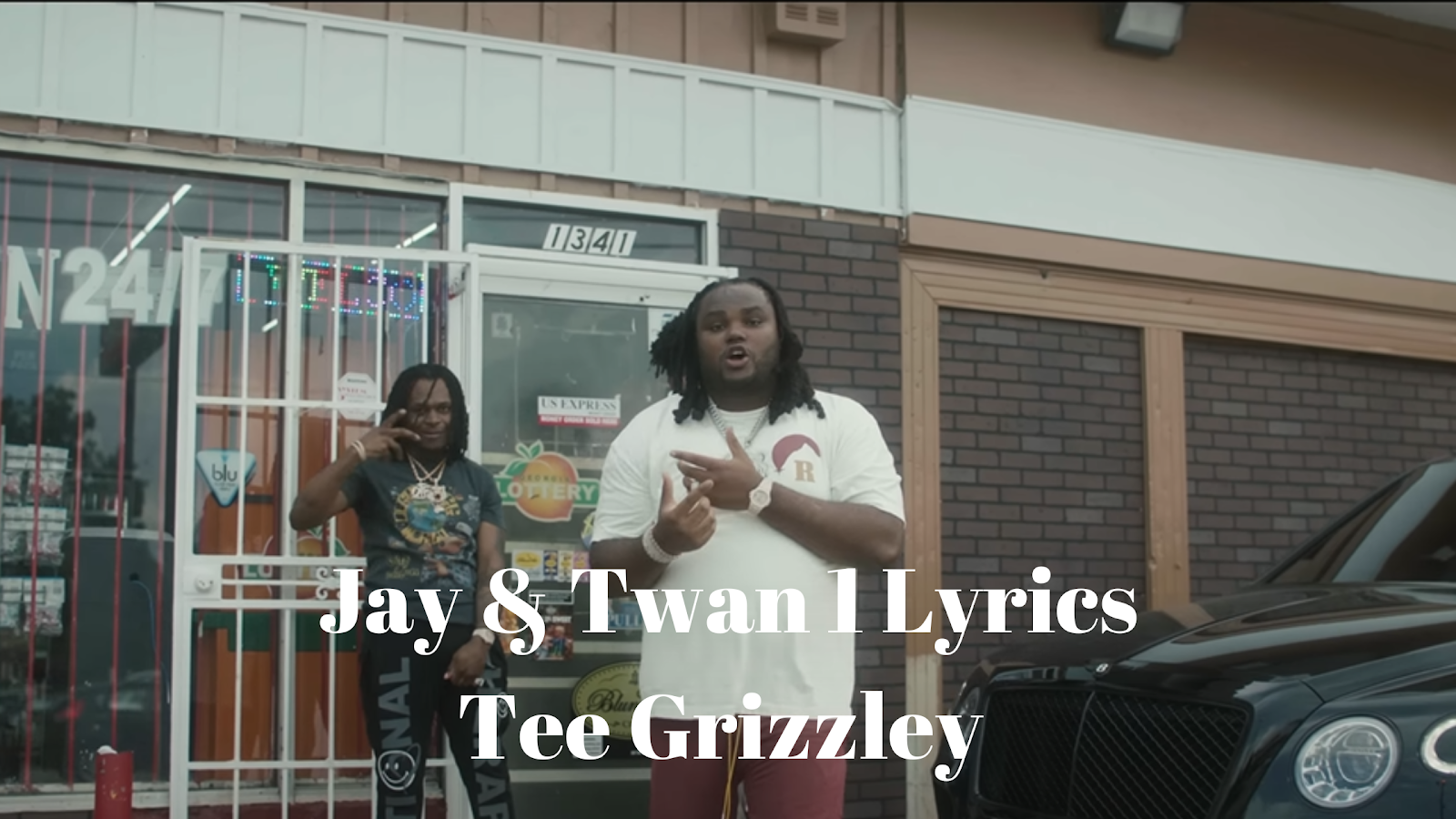 [Verse]
Jay and Twan, the neighborhood crooks (They on that)
Known for laying niggas down
Runnin’ from the hook (They do that)
All Twan gotta do is point, Jay gone leave a nigga
Empty stomach, full clip they tryna eat a nigga
Lil Twan like the leader of the couple
If some cheese come in, he the reason it’s gon’ double (Yeah)
Jay TTG when it’s time to put that work in
When he hit targets, ain’t no need to bring a nurse in (They did)
It’s broad day now they mobbin’ the block (They out here)
Thirty clip, but it’s twenty-five in the Glock (Grrah)
Thеy sit up in the hood they done robbеd every spot
For jits, quarters, they ain’t runnin’ to no blocks (Yeah)
Now peep, a Bentley truck turn down they street (Who that?)
If he pull to that corner store them boys ’bout to eat (We on ’em)
He pull up, hammer pokin’ out, you can see the heat
But they still want his shit, even them Guccies on his feet (Let’s get it)
Lil Jay say “It’s time to go, let’s make it happen”
Click-clack, “If dog move, I’ma get to clappin'”
He come out they run up like “Yeah nigga what’s brackin” (What up?)
Gun pointed in his face, the old nigga start laughin’
“Like this what y’all want? Y’all fuckin’ with the greatest” (Yeah)
Twan like, “We need it all, ain’t no talkin’ nigga save it” (Shut the fuck up)
The old nigga stop smilin’, reach for his mag’ (Watch out)
Lil Jay put the whole twenty-five in his ass
They runnin’ through his pockets, took the nigga bucks
Took his Rollie off, grabbed keys, jumped in his truck (Grab that)
They would of got them Guccies, but them bitches all bloody
Ain’t no cameras on that store, them lil’ niggas got lucky (We outta here)
They make it back home, ran in the crib fast
Jay turnt put another nigga on his ass
He yellin’ through the crib like “My niggas get cash” (My niggas get cash, nigga)
“If you move after bro tell you don’t, I’m gone blast”
Splittin’ up the cake, Twan gave him 20k
They had that before, but it took twenty plays
A dub was a lot you can spend that twenty ways
Twan stackin’, Jay ’bout to blow that in twenty days
Some niggas on the truck and it look like they on tip (Who that?)
Twan fucked up, leaving the Bentley in front of the crib (Damn)
They walk up to the door, Lil Jay hopped on tip
Then he panicked, he ain’t got no bullets in his clip (Buh)
Twan go to the door, he like “What’s poppin’ bro?” (What up?)
Dude like “Who in this truck? Lil’ homie, you gotta know” (Yeah)
Twan like “Nah, thinkin’ like players, you got to roll”
Them niggas left, but they came back, popped the toast
Two hundred shots, niggas green-lighted they crib
Jay uncle called, he like, “Niggas know what you did, the nigga you hit name ringin’ all through the mid”
Twan get a text, “It’s two hundred thou’ on on yo’ wig” (Nigga what)
Boy, Twan ain’t worried ’bout shit (At all)
He got a K, Lil J, refillin’ the clip (A hundred)
They got some more cheese when they got ready to whip
If niggas want smoke, they gon’ send ’em on that trip (Let’s get it)
Then, next week, they blowin’ everything down (Yeah)
They beefin’ with some Crips who be there on Mound
Lil Jay and Twan dropped everything they found
Niggas hiddin’ in the city or they ran out of town
Jay like, “I’m broke, I need you to break bread”
Twan like, “You ain’t hit the funeral? That shit dead” (Hell naw)
“I gave you half, boy, what you did with yo’ spread” (Fuck you did?)
No reply, Jay popped Twan in his head (Bop)
Shots from behind, bullet came out his face
Pulled out his phone watchin’ Twan body shake
He hit the Crip niggas on Mound ’bout a play like, “Twan out the way, I need two hundred K”
Off bail
Off bail
Off bail

Note :- If You notice any Mistake In Lyrics Please Do Contact with Us On “admin@lyricsong.xyz“.